Get youself some special days 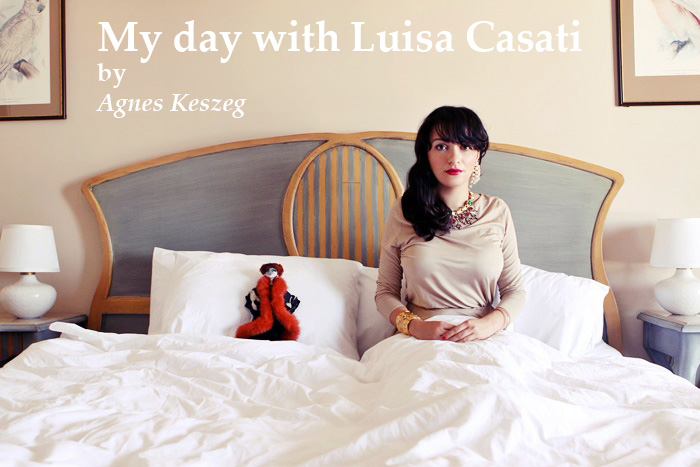 Agnes Keszeg is a different kind of designer (check out her site to see what I mean) and from all of her work I’m madly in love with her dolls. I was ever since I saw them only illustrated in Elle Magazine.

That’s why a few months ago I wrote Agnes that I really wish to own one of her creations and that I dream of  my own personalized doll.

Now, it kind of simple to guess which character I wanted my doll to resemble to no?
You’ve heard me speaking about Luisa Casati. many times before. About the admiration I carry for her influence in art, fashion and a certain part of society.

Before Daphne Guinness there was this woman…

The Marchesa Luisa Casati was Europe’s most notorious celebrity, and it’s most eccentric.  For the first three decades of the twentieth century she astounded the continent.  She traveled to Venice, Rome, Capri and Paris collecting palaces and a menagerie of exotic animals.

Nude servants gilded in gold leaf attended her.  Bizarre wax mannequins sat as guests at her dining table.  She wore live snakes as jewellery, and she was infamous for her evening strolls, naked beneath her furs, parading cheetahs on diamond-studded leashes.”

“Her carrot-coloured hair hung in long curls. The enormous agate-black eyes seemed to be eating her thin face. Again she was a vision, a mad vision, surrounded as usual by her black and white greyhounds and a host of charming and utterly useless ornaments. But curiously enough she did not look unnatural. The fantastic garb really suited her. She was so different from other women that ordinary clothes were impossible for her.” — Catherine Barjansky”

She was an astonishing personality and besides her eccentric attitude she was also an extremely inspiring woman.

I was a little person (tinier that I am now) when I understood why I love her,  you have to be different to understand a person like her. She was not easy, she was extravagant but also a fascinating, smart and vary wise woman.  I’ve been reading about her since my thirteen years old birthday (my grandmother gave me the first book – my grandmother was also a not common person at all – I’ll tell you some time) it was only natural that I wanted a Luisa Casati doll.

And well, I got it.
Flawlessly imagined by Agnes

Here’s a story about what Luisa would have done if she was to stay in Bucharest for a day.

Luisa woke up in her hotel room at Athenee Palace.

She accepted me in her bed only for this pic. She wants to be a star on the blogs too and also because she loves  frivolousness. 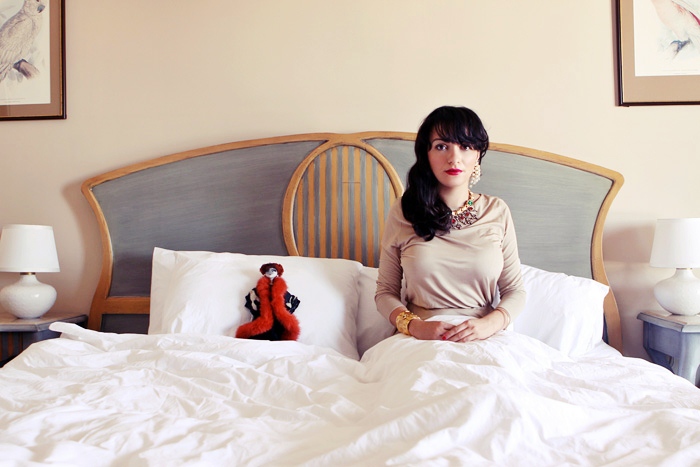 Having breakfast and small talking was never so entertaining.

Only fruits cause she has to stay in shape.

She asks  me where she can find some beladona for her eyes and  tells me that she will talk to Poiret to make me a dress and starts telling what happened to Romain de Tirtoff and Cecil Beaton. And how d’Annunzio is mesmerized by her and she only loved him, no matter what Chanel said. 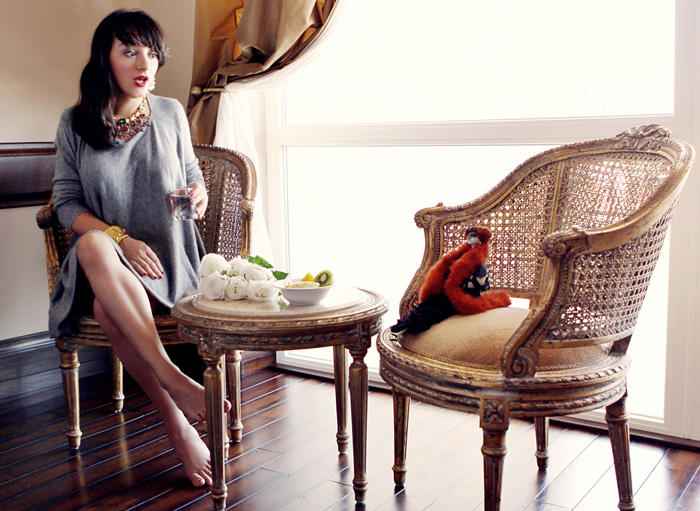 She left me at the table and run to her mail box – “Darling, emails are for common people, if someone wants to get in contact with me he should try better and harder.“ 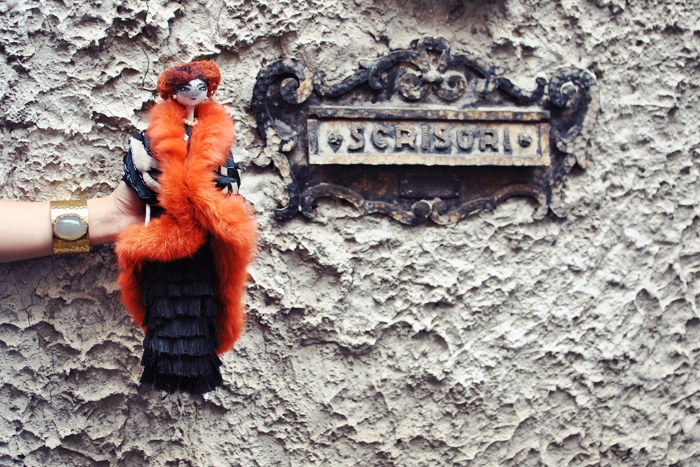 La Biblioteque Centre Beaute was her choice when she decided to arrange her hair for that day.

She sent her chauffeur to let the staff know what color she will use. A specific color that she had flown from Florence that early morning. 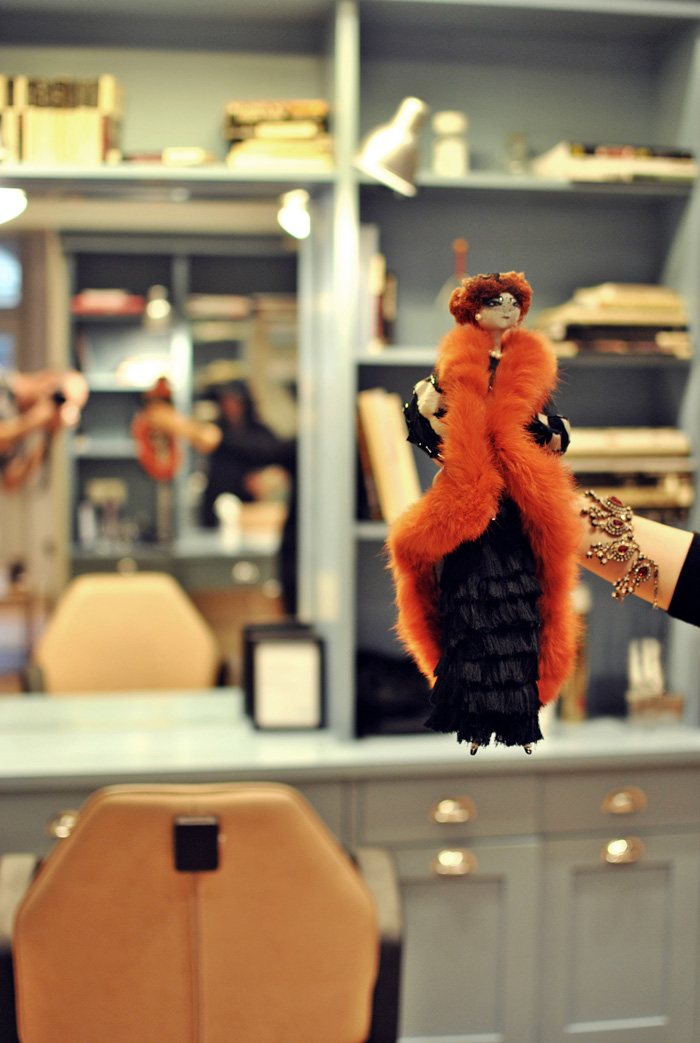 After that she spent her whole afternoon visiting her friend Theodor Aman, talking about the evolution of Romanian painters and about what acquisitions she should make in the near future for her Palazzo Venier dei Leoni in Venice. 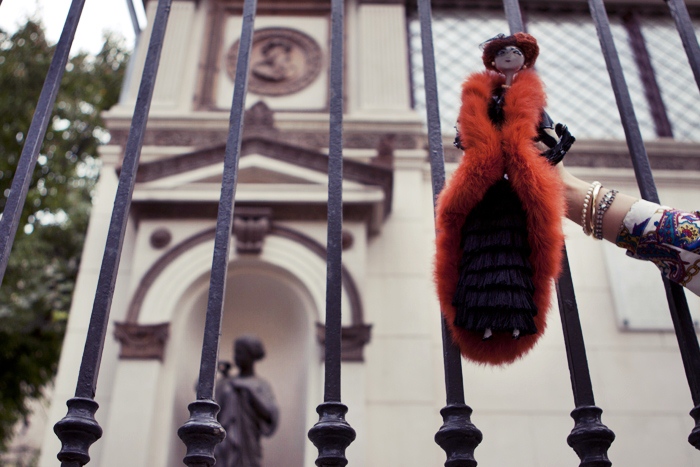 And finally, she had dinner at La Cantine de Nicolai  surrounded by some of her closest friends in Bucharest and dancing with all the people in the restaurant til the morning, mesmerizing them all. 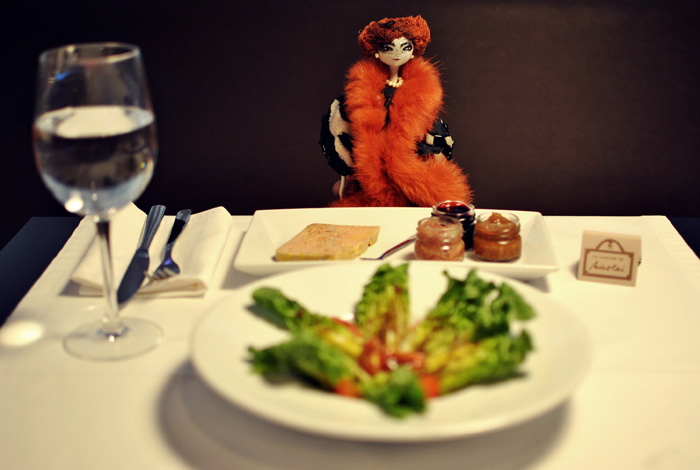 Thank you Agnes Keszeg for making my dream come true.

I carry it with me almost everywhere I travel.
Just imagine, a lady like person, a grown-up, lady like person (me, I mean me people) carrying a doll in her hand, waiting in line at the airport.

Eccentric no? People will raise eyebrows but Luisa told me that being eccentric is good, that it was never about being understood by the masses, it was always about being loved by the chosen ones.

how do you travel?
It’s not Monday, it’s MORODAN Day on Molecule F